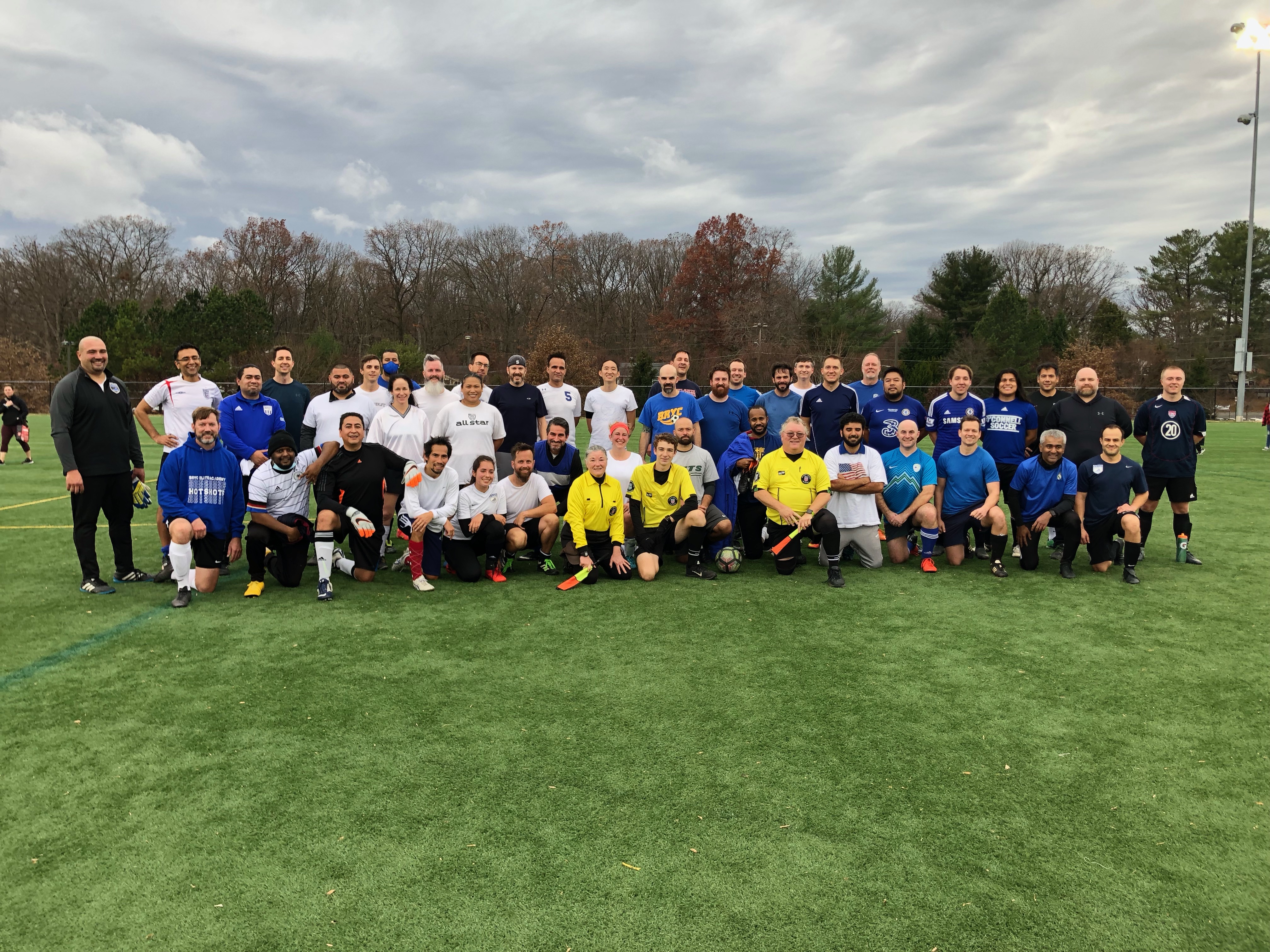 Forty-five coaches in all met on the pitch and played to a 2-2 tie. It was a great game with some spectacular plays and saves. Family and friends cheered the coaches on from the sidelines.

Our officials were BRYC Ex Comm members, Elizabeth Giuliani (Treasurer) and Darryl Miller (Equipment) as ARs; and in the center was Ben Sclenz, a promising 16 year old referee who grew up playing BRYC soccer. It was his first time at center in an adult game.

After the game everyone enjoyed grab and go snacks as we pulled names for raffle prizes. Everyone went home with a prize.

It was a great way to end a great season; and it was BRYCs way of thanking our coaches who give so much to the program, and kids in the Braddock Road area.

As we close the books on fall season, we wish happy holidays to everyone… and we’ll see you back in the spring for more BRYC soccer!